This one was tough to write. When I heard of Eddie’s passing it hit me like I’d lost a childhood friend. Van Halen has been a part of my life as far as I can remember and Eddie had a huge influence on my desire to play guitar.

This is my humble salute to Eddie that comes straight from the heart.

I remember as a 13 year old, standing in the parking lot of Dutch Boy in the summer, holding Van Halen’s 1984 album in my hands, which I had just bought with my paper route money. Van Halen’s music had already come into my world through some kids at school and of course radio and video, so I knew who they were and was already a fan.  Plus I had already seen and loved the video for “Jump” on Muchmusic, which was airing almost constantly back then.

I stood there, marvelling at the cover art and getting lost in it, something I’d enjoyed doing ever since I got my first album (Peter Criss’ solo album) for my 5th birthday. At first I didn’t notice that the little person on the cover was actually a little angel. I thought that was so cool!  Then slowly I realized that the little angel was smoking! (the artist who did the original artwork has revealed that the cigarettes were actually chocolate candy wrapped in paper to look like the real thing).  On the back were pictures of the band members, Eddie wearing the dice shirt I had seen on the Jump video.

I darted home and played it for the first time (it would eventually be hundreds of times). I fell in love even more with the song “Jump” and “Panama” blew my mind! One by one, the rest of the album also caught my imagination especially “Top Jimmy”, “Hot For Teacher”, “Drop Dead Legs” and “I’ll Wait”, although it took a while for me to warm up to “I’ll Wait”. The solo in “Top Jimmy” is one of my favourite guitar solos of all time (and in my opinion only something Eddie could have come up with).

Later that year I would go to high school for the first time where my teachers, classmates, daily routine and world changed. It’s a strange enough time in anyone’s life I suppose where we’re trying to find our identity and figure out who we are. I took solace in music and the guitar during those years. I’ll always treasure this album because owning and listening to it always made me kinda feel like the coolest guy in the world, Eddie Van Halen, was in a way my friend.

The first song I ever played in front of a big ish crowd (Bluevale High cafeteria during lunchtime so maybe 400 fellow high schoolers) was Eruption (pic below).  My friend Alfonso Martin played the drums and Jay Snider provided the bass love. That was Pablo’s Ibanez that I borrowed for the gig. Thanks Pablo! 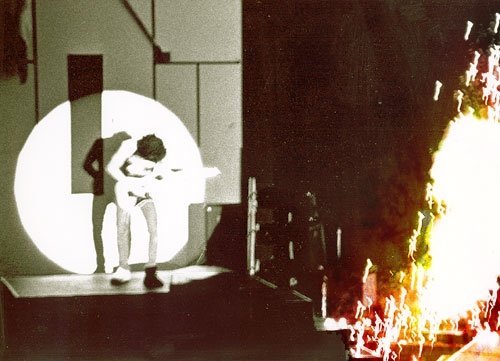 When I first started playing guitar, I learned that in some guitar world circles, folks sometime have a tendency to hyper-focus on what constitues good technique, etc. When you’re first learning your instrument it can be distracting, to say the least, but I remember Eddie once saying, “If it sounds good, it IS good.”  Nice to have the master put it all in context like that.  : )

1984 went on to peak at number 2 on the charts, behind Michael Jackson’s epic Thriller. Eddie famously played the guitar solo (although uncredited) on the mega hit Beat It. So in an amazing twist, Eddie had actually played guitar on the top two charting albums at the same time! It would be a great many years before I would be able to fully appreciate and perform “Panama” with a band and do it some justice. I look forward to the opportunity to play “Jump” sometime with a band.

Ed was an innovator, mad scientist, hard worker, super talented musician and performer all rolled into one. He is known around the world as the most influential guitarist in the world and rightfully so. I think Eddie’s style and incredible playing technique did more to change the guitar world than anyone before or since. No matter whether you play guitar or not, you have heard and enjoyed a Van Halen song at some point in your life.

Edward Van Halen lived a life for which there isn’t much of a blueprint to follow. He married, had a son, saw his band’s popularity explode around the world, played a million different places, created new innovations for the guitar that are industry standards today and also struggled with and overcame addictions to get his life and happiness back.

The music business landscape was different then, but Van Halen is one of the few rock bands that not only survived but thrived through the various eras of disco and punk, 80′ hair metal/new wave and grunge. Selling upwards of 50 million albums worldwide they were inducted into the Rock and Roll Hall of Fame in 2007. I understand the Rock and Roll HOF will be airing a special tribute to him at this year’s 2020 ceremony.

Gene Simmons said of Eddie that he didn’t revel in all the fame and popularity. That he was a real musician who just wanted to make music. Gene also said that despite Eddie’s monstrous musical talent, he was never an ego-maniac about it, something Gene admittedly says he might not be able to do if it was him.

According to an interview I read, Ed said of all the wild and fun times he’s had in music, the MOST fun was getting to play and tour with his son and brother. Thank you for everything Eddie, I’ll never forget you and I look forward to jammin’ with you in the next world. 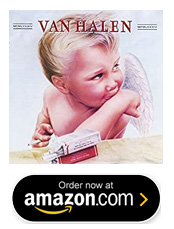 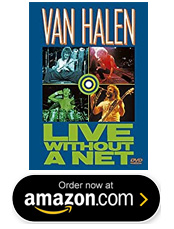