Otis Redding – Dock of the Bay

became the first posthumous single to top the US charts, as well as his only number one hit.

I discovered Otis' music some time ago and there are more than a few that I love but this one is by far my favourite. If the title isn't familiar, you've probably heard it on singing shows but here's my flamenco chill fingerstyle guitar version of it.  Hope you like it!

Coming from humble beginnings, Otis Redding started getting attention for his recording of "These Arms of Mine." His powerful and sincere emotional delivery and ability to write and arrange his own songs made him become the voice of soul music in his time.

Just as his career was taking off, he died tragically in a plane crash in 1967.

He grew up in Georgia listening to artists like Sam Cooke and Little Richard. He was such a natural talent that by the 1950s, he actually began leading the group The Upsetters, Little Richard's former band.

Artists of his day were influenced by his famously magnetic stage presence and moving performances and he took to the business side of music quickly as well, starting his own record label called Jotis.

On June 17, 1967, Otis Redding performed at the Monterey International Pop Festival along the likes of Jimi Hendrix, Janis Joplin and others, where he was enthusiastically received by the audience.

His soulful, vocally vibrant style and powerful singing became synonymous with soul music and he has been called "The King of Soul" by his contemperaries.

Otis Redding - Dock of the Bay 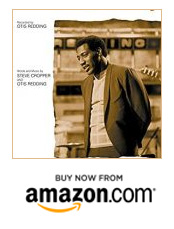 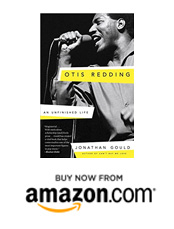